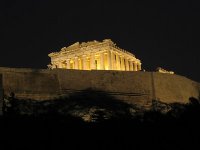 TORONTO, Sept. 5, 2012 /CNW/ - The Canadian Bureau of END (End National Debt) a Philanthropic NGO, on behalf of Mr Artemios Sorras, a founding member of END and benefactor of the loan, announces that the New York Head Quarters of END via its Chairman Dr. Emmanuel Lambrakis have officially offered a sovereign loan to the Republic of Cyprus in the sum of up to Euro 40 billion (USD$50 billion dollars) without interest, with a tenor of up to 100 years, and with partial repayment privileges in full or in part every 5th year anniversary of the loan to:

A) Refinance and pay the existing sovereign debt of the Republic of Cyprus in the sum of about Euro 28 billion.

B) With the balance of the loan being sequestered to fund and refinance the Cypriot business sector, assist hard hit consumers, and provide trade finance and development financing to encourage growth and creation of new jobs, and new economy, thus assisting the efforts of His Excellency The President of Cyprus Mr. Dimitrios Christofias to avoid any financial assistance from the IMF, the EU and ECB (European Central Bank,) which will wrack and destroy Cyprus as they have destroyed Greece.

END via its chairman Dr Emmanuel Lambrakis and on behalf of Mr. Artemios Sorras benefector of the loan, further announces that, the sum of up to Euro 400 billion (USD500 billion dollars) shall be offered officially to Greece, by September 9th, 2012, with interest at 0,5% per annum, for up to 100 year tenor, with prepayment privileges in full or in part every 5th year, and in order that :

A) Greece pay in full all of its lawfully owed debt, with the lawfulness of such debt being determined by constituting an International Audit Committee (not unlike what President Correa of Ecuador did), to determine which part, if any of the said debt is odious debt.

B) To fund and refinance private company and consumer, and housing debt, and fund the growth plans of the industrial sector, trade finance, and farm land sector, thus assisting Greece to rebound to bigger and better things from more than five years of severe recession.

END will oversee and manage such debt determination, and the further funding of the consumer and commercial development program throughout Greece.
ΠΗΓΗ :  http://videotubegr.blogspot.gr/2012/09/400-euro-9-2012-05-100.html